1971 Men's World Champs to be honoured at Awards Night 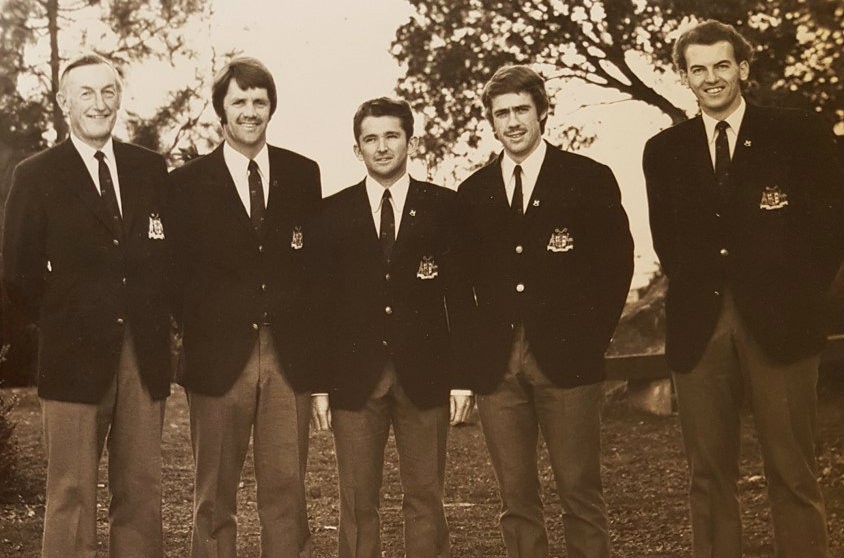 The Squash Australia Annual Awards Night is heading to Townsville on Saturday the 25th of March. A special part of this year’s programme will include the presentation of the Sport Australia Hall of Fame Award to the 1971 Men’s World Championship winning team.

On the 25th of March, all four team members; captain and driving force Ken Hiscoe, Geoff Hunt, Cameron Nancarrow and Richard Carter will be in attendance and presented with a special plaque commemorating the Sport Australia Award.

“Australia have produced some great squash teams over the years and won numerous World Championships in both men’s and women’s squash, however, the 1971 team was special.”

“The individual players in the team were the same guys that also won the Inaugural Championship in 1967 then the second in 1969.”

“The whole team were honoured to receive the Sport Australia award, particularly as it was almost 50 years after our first success.”

Richard (Dick) Carter was a member of the 1960 NSW team and was selected for the inaugural World Championship team in 1967.

“I was very happy to be a member of this Australian Team consisting of Geoff Hunt, Ken Hiscoe and Cam Nancarrow. We were successful in beating the best teams from around the world.”

Carter was delighted to attend the Sport Australia Gala Dinner in 2013 and looks forward to seeing his old squash teammates again in Townsville.

“We are very fortunate to receive a Sport Australia Hall of Fame Award. Considering we all live in different states I am pleased that we will be able to meet again and receive this prestigious award.”

“The strength of our team was based on the massive growth in squash in Sydney.”

Nancarrow was part of a dominant NSW team that included Ken Hiscoe and Dick Carter.

“The NSW squash team won a world record 80 odd consecutive matches with Ken, Dick and myself and when you tack on World Champion Geoff Hunt from Melbourne as the number one player you have a formidable Australian team.”

This formidable team of Australian squash legends are excited about their long-awaited reunion at the Squash Australia Annual Awards Night.

“I look forward to seeing the guys especially Geoff who I haven’t seen for many years” said Nancarrow.

Geoff Hunt added his excitement to being back with the team in Townsville.

“All the player’s lives have taken different directions and, although everyone has caught up with each other from time to time, it is a long time since we were all together so looking forward to the reunion in Townsville which will be a very special occasion for everyone."

For your chance to be there on the night to witness this special presentation purchase your tickets to the Squash Australia Annual Awards Night below.