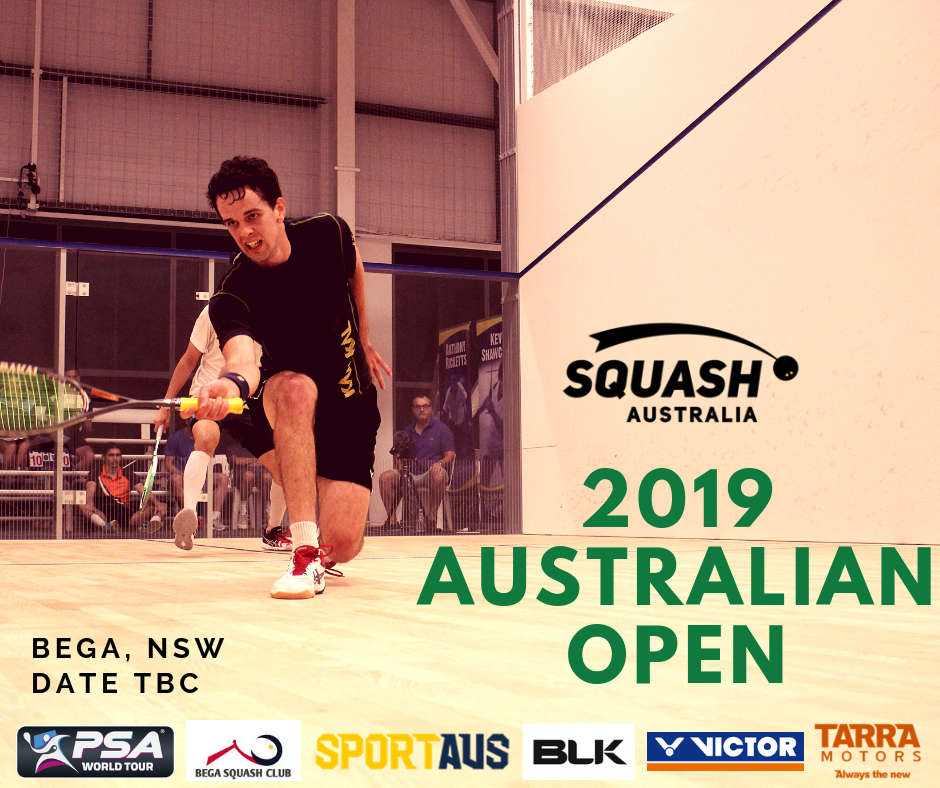 The New South Wales town of Bega will play host to Squash’s Australian Open Championships in 2019, with Squash Australia confirming that the Bega Squash Club would host the event.

The event will run mid-year, with dates still to be confirmed.

Bega Squash Club president John Stylianou says he is thrilled to be able to stage the major event.

“This is a massive deal, it’s the Australian title and a major international event.

“With an event of this calibre we’ll be anticipating entries from more than a dozen countries around the globe.

“This is an incredible result for a small club like ours.”

Squash Australia CEO Richard Vaughan says it’s exciting to be able to confirm that the Open is headed to a new location and a great reward for a strong club.

“John and his team at Bega do a fantastic job and have shown they can stage a successful tournament.

“This is one of the showcase events on the Australian squash calendar, and in conjunction with the other major events planned mid-year, the draw could be one of the strongest in recent years.”

Squash Australia expects the tournament dates to be finalised in coming weeks.