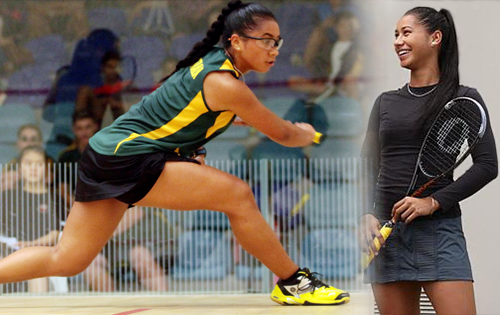 Zac Alexander has been the dominant player on the domestic Australian squash scene for the past year, and before that was a top 40 ranked player in the world.

He knows what it takes to get to the top, and he believes young Australians who get the chance to experience the US College system should grab the opportunity with both hands.

Some, like Queensland’s Lakeesha Rarere and Western Australia’s Will Curtis, are already there, and Alexander is looking forward to seeing how they develop.

“It's a place for our juniors to aspire to continue their studies, while staying in a squash environment,” Alexander said.

“Students train twice daily along with their schoolwork and weekend scrimmages. College squash has grown hugely over the past 15-20 years and each year grows stronger.

“Proof of that is Amanda Sobhy and Ali Farag, now both top 10 in the world within 12 months of graduating from Harvard!

“The facilities are phenomenal too. Yale and Harvard both boast 18+ court venues with permanent all glass courts.”

Alexander, who has coached several US College teams and has played PSA events at college venues, also knows there are pitfalls.

Being a college environment, there are lots of potential distractions. And, of course, it can be expensive without a scholarship.

“It's a huge change from life in Australia, especially climate wise,” he said.

“Most of the strong colleges are east-coast based, which means minus 20 or 30 degrees throughout the season! Also managing study and schooling can be tough without practice, and it isn't cheap unless you can secure a full ride somewhere.

“But still, if the chance arises it's a rare "back door" way into a college education not afforded to many.”

Squash Australia is excited at the prospect of top junior players participating in the college system, but also knows the athletes need support at home.

In 2016 a new High Performance Centre opened its doors, and it’s hoped it will be able to provide a service every bit as good as what is on offer in the US, and to ensure a smooth transition and support for those athletes who do decide to head overseas.

In the long term, Australia’s High Performance Centre, coupled with the experience some players will gain heading to the US Colleges, can only benefit Australian squash, and help drive it back to the top of the world rankings.