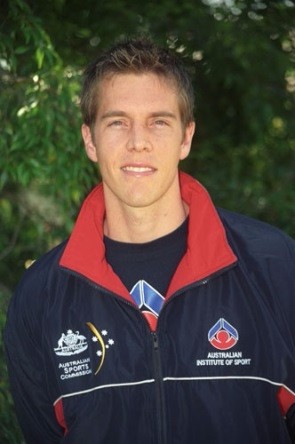 Jenson, who won bronze in the men’s doubles competition at the 2006 Melbourne Commonwealth Games, has had an exceptional career as a player and, in more recent years, as a coach.

Jenson will play a key role in implementing Squash Australia’s vision to win medals at major championships and Commonwealth Games.

Jenson’s appointment adds to the launch of the Winning Edge squad and the national training centre, putting Squash Australia one step closer to achieving medal success on the world stage.

“We are thrilled Dan has agreed to take on this role at such an important time in Squash Australia’s history,” CEO Richard Vaughan said.

“With Australia hosting the World Doubles Championships in Darwin later this year, and the Commonwealth Games on the Gold Coast in 2018, there has never been a more challenging time to take on a role such as this.

“But we are confident Dan’s expertise and professionalism will help Australian squash return to the glory days once again.”

Australia won two gold medals at the 2014 Commonwealth Games, and has set a goal of once again being a world squash powerhouse.

“I am excited about the opportunity to help develop Australia's squash talent, and am looking forward to seeing more Australian players back at the top end of the world rankings,” Jenson said.

Jenson moved to Qatar after the 2006 Commonwealth Games to take on the role of coach at the Aspire National Academy from 2007 – 2011, before moving to New York to become the Head Professional at Sleepy Hollow Country Club until last year.