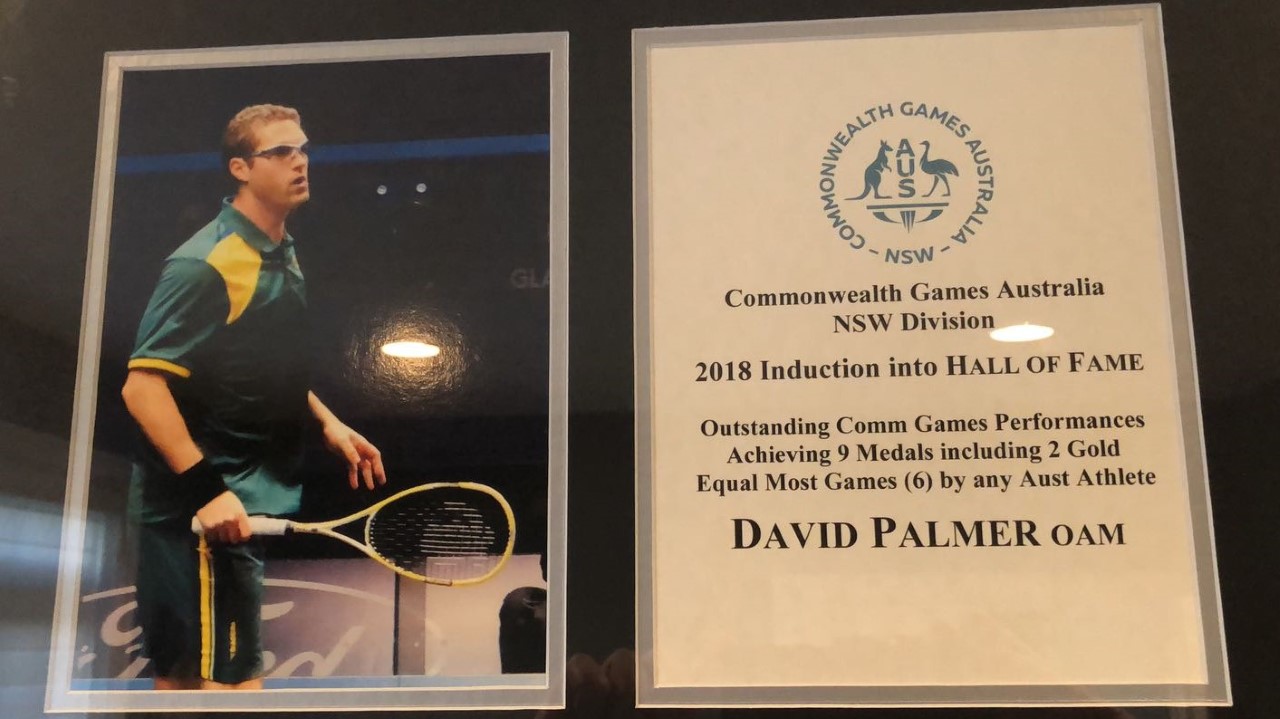 Palmer’s induction into the Hall of Fame was a quiet affair, done behind the scenes, during the 2018 Games on the Gold Coast Australia in April.

The induction highlights his outstanding achievements at 6 Commonwealth Games; since squash’s inclusion in 1998.

The Commonwealth Games is the second only to the Olympic Games in the pecking order of the world’s major sporting events for athletes and countries involved; with over 10.000 athletes and 71 countries.

Although officially retiring in 2012, Palmer was once again called to arms to provide leadership and inspiration to the 2018 Commonwealth Games Squash Team on home soil.

“I love Australia and playing for my Country, I am always available wherever I am needed to help grow Squash”. Palmer said. As the Head Coach of Cornell University’s Squash Program, he hopes to be able to explore opportunities for Australia’s talented junior squash players in the US.

Palmer captained the Australian national team six times, named Squash Australia’s Senior Athlete of the Year four times (2006, 2007, 2008, 2014), and voted the Player of the Decade by his peers.