THE JOURNEY BEGINS | Picking up a Racquet for the first time 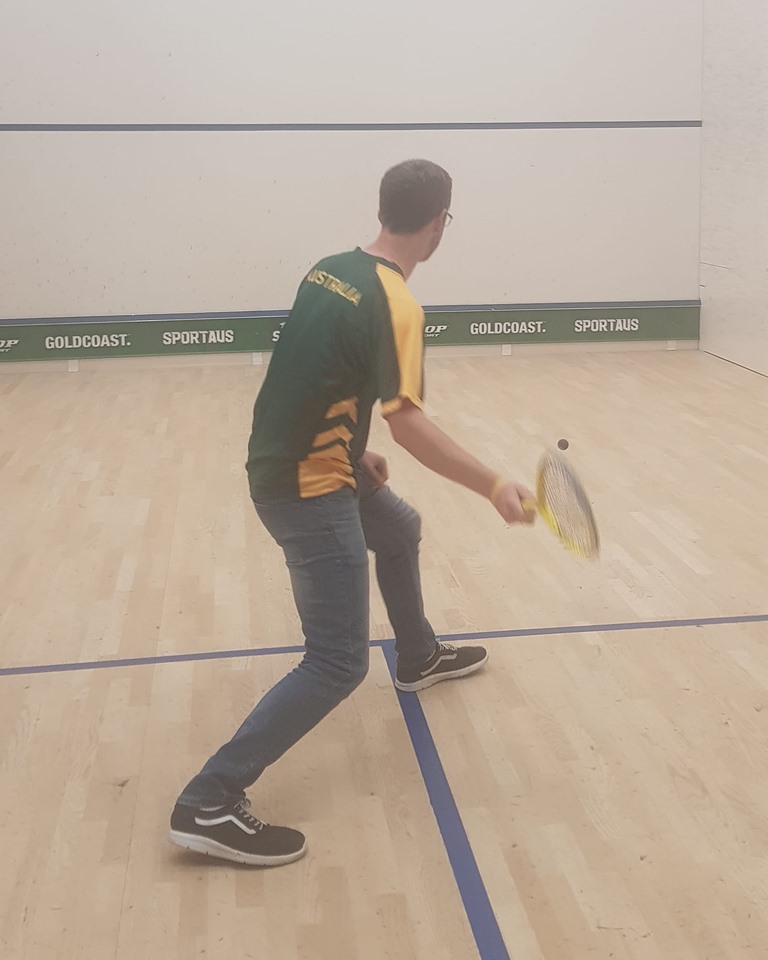 My name is Chris Yeend, and I've recently taken on the PR and Communications role with Squash Australia.

I'm originally from the sunny parts of Melbourne who has made the big switch to Brisbane.

I grew up in a small country town called Woodend.. a 25-minute bike ride from Hanging Rock (some may have read the book and watched the movie.. I didn't do either but this mystical place was my playground as a kid).

Like any country boy .. playing Aussie rules was a given. I followed my mates to training as an 11-year-old and the rest was history. I gave the game away early because I was more fascinated with promoting it, than playing it.

I played basketball, volleyball, competed in athletics .. the standard in the country. From as early as the age of nine, I fell in love with promoting sport, and I always felt I was destined to do just that.

I became a sport journalist at my local newspaper where I was involved from early high school and then on a full time role for 6.5-years. I covered football, netball, swimming, lawn bowls, cricket, athletics, tennis and many others.. and at the time, I didn't even know we had a squash centre..  since leaving the region, I now know we had two in our region.

I took on a role as Media, Marketing and Events Manager for a football netball hub that managed four major leagues. I spent more time talking about and promoting football and netball that I rarely kicked a football and barely touched a netball. I fell out of love with both game.

After two years, my lovely wife and I decided to move up to Brisbane, a change. We barely knew anyone but the opportunity was there to learn and grow.

I was lucky that this position came across as my wife and I settled up here. Part of the move was to make the most of your opportunities and I certainly did. My wife is not a sports fan, and I love exploring new things away from my passions.

When I started in this role at the very end of July, I didn't see a game, I hadn't touch a ball and I certainly hadn't picked up a racquet. It took mere moments for that to change.

Only a handful of days into the start of my journey, I watched hours of live streaming of the tournament in Bendigo, and couldn't stop.

Before I arrived here, I knew nothing about the game, but that changed immediately.

A number of us in Brisbane went down to the National Training Centre at the Carrara Squash Club and I had my first look at what a squash court looked like in the flesh. It sounds silly but after more than 20 years of following sport, I had never seen what a court looked like.

Sure with this role, you need to be invested in the sport, but this was different. This was a love that started to grow instantly and became natural.

Earlier this week I made another trip down to the Centre to meet with some of the team members, including new Pro Coach Rod Bannister.

I had to ask one of the guys if I could have a hit on the courts, and when they said yes, I had this great rush of excitement like I was a six-year-old being given permission to go to a friends house.

After a few minutes, I turned around and new Pro coach Rod Bannister came into the court and started giving me coaching tips. He knew I had only just picked up a racquet hours earlier and the more tips he gave, the more I kept improving. Rod's coaching and affirmation was outstanding.

I went from picking up a racquet in the morning and by the end of the day, I knew the basics of positioning when hitting the ball and when not hitting the ball, and how to properly follow through with a shot.

Needless to say, I'm pretty excited and looking forward to getting back down to the Centre in the coming weeks and who knows, I might even join a competition. This addiction keeps growing and all it took was to pick up a racquet.