The Past and Future of Squash 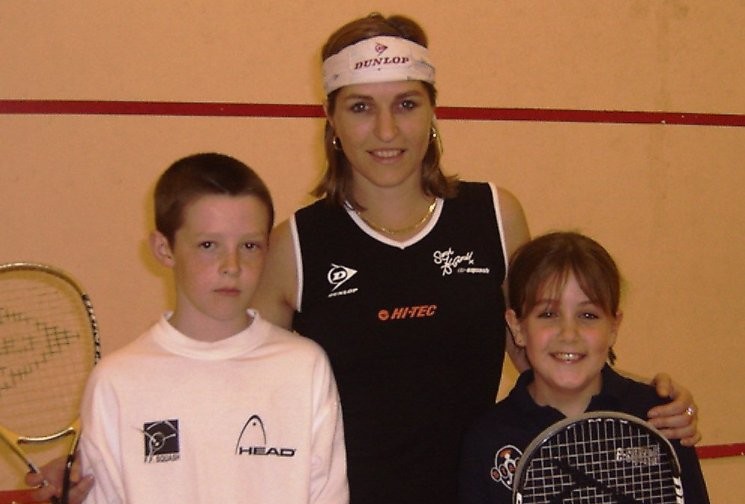 Sarah Fitz-Gerald, the undisputed queen of world squash - a player with finesse, power and arguably the finest volleyer in the modern game. Considered one of the greatest female squash players in the history of the game, boasting 62 World Tour titles, including 5 World Championships and a Commonwealth Games gold medal, formal recognition came aplenty. Sarah was twice elected Australian Female Athlete of the Year, presented the Dawn Fraser Award (for excellence in other areas as well as sport) and was inaugurated into the Hall of Fame of Sport Australia. Sarah experienced a glittering playing career becoming a true legend of the game and a role model to many Australians.

However, success in recent times has not been the same, it has been 10 years since an Australian Squash player has won a World Championship and no Aussie is currently ranked in the top 10 in the PSA World Squash Rankings. Squash Australia is determined to return to winning ways and consequently returning Australian squash back to the glory days. Despite ongoing government funding cuts, Squash Australia have made a conscious effort to develop the High Performance Programme, placing major emphasis on providing young players with the same opportunities and support that our past legends were given; with International Success being a major strategic outcome.

The vision for Squash Australia is to maintain a world class High Performance System that gives junior squash players and talented athletes the best possible support on and off the courts, so they can focus on reaching their full potential. The newly established High Performance Working Group will play a key part in developing ideas, content and process for moving all areas of the newly launched Squash Australia Strategic Plan forward. High Performance Manager Stewart Carson believes the Working Group (WG) will be beneficial to the future success of Australian squash.

“The main aim for the WG is to find solutions to critical problems that Squash Australia has faced over the last few years that has resulted in a decline in performance on the world stage” Carson said.

“The WG will help pave a pathway for our players that can help return Australia to the forefront of World Squash”.

Squash Australia National Coach and newest member of the Working Group, Paul Price shares Carson’s view on the importance of the WG.

“It’s exciting to be part of the working group that are dedicated to the same vision to help bring Australian Squash back to the forefront of success in our sport.”