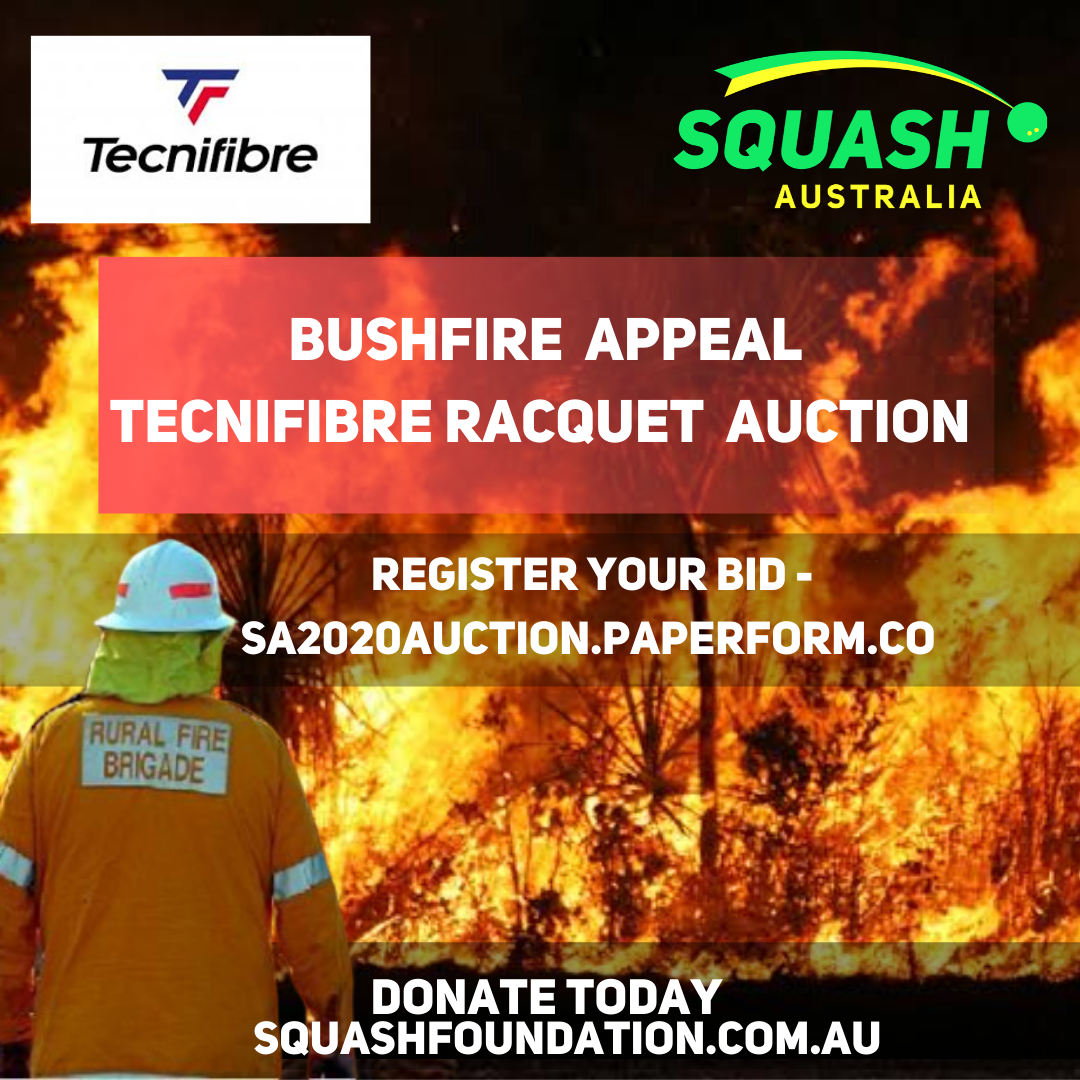 Charity Auction in support of the Squash Australia Disaster Relief Appeal: be the first to own a  2020/21 Tecnifibre Carboflex racquet!

Tecnifibre has generously donated three of their flagship squash racquets, complete with bags, to be auctioned to the highest bidder with the proceeds going to the Squash Australia Disaster Relief Appeal!

Tecnifibre’s range of 2020/21 Carboflex racquets were spotted on court for the first time in January at the Tournament of Champions and go on sale later in Q1 2020, with RRPs expected to be around $250-$300 each. So this is an opportunity to own one the very latest Tecnifibre racquets before anyone else - the media embargo on the official product photos hasn't even been lifted! (But try a google image search for "Carboflex 2020 TOC"!). Each racquet comes complete with a 2020/21 Tecnifibre squash bag.

The above three racquets and bags will be auctioned to the highest bidder in three separate silent auctions. The auctions end on Sunday 16th February 2020 so head on over to this page https://sa2020auction.paperform.co/ to place a bid!

This is a chance to support a very worthy cause, with all funds raised to be expended specifically on fire relief efforts, with priority given to anyone in the squash community that has been affected (click https://asf.org.au/projects/squash-australia/ to donate to the appeal).

The racquets and bags will be distributed to the auction winners with assistance from Squashmajik, the online squash store and Authorised Tecnifibre Reseller.

Good luck in the auctions, thank you to everyone who has donated to the Disaster Relief Appeal and thank you to Tecnifibre for their generous donation!